The Nor’Easter Broadband is proud to present a special webinar—”Climate Activism in Life’s Third Act“—with environmentalist, author, and journalist Bill McKibben. He will discuss how Broads and other senior-powered conservation organizations can most effectively advocate against climate change, as well as how to work side-by-side with younger organizations—including knowing when it’s time to step aside and nurture the next generation of leaders. Bill will also talk about specific crisis areas, especially in the Northeast, where activists can have the greatest impact. 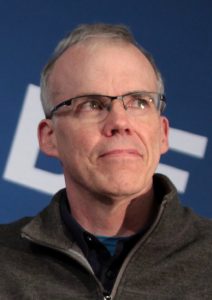 Bill McKibben is a founder of Third Act, which organizes people over the age of 60 to work on climate and racial justice. He founded the first global grassroots climate campaign, 350.org, and serves as the Schumann Distinguished Professor in Residence at Middlebury College in Vermont. In 2014 he was awarded the Right Livelihood Prize, sometimes called the “alternative Nobel,” in the Swedish Parliament. He’s also won the Gandhi Peace Award, and honorary degrees from 19 colleges and universities. He has written over a dozen books about the environment, including his first, The End of Nature, published in 1989, and the forthcoming The Flag, the Cross, and the Station Wagon: A Graying American Looks Back at his Suburban Boyhood and Wonders What the Hell Happened.

This special webinar event is FREE for Broads members.