Great Old Broads for Wilderness > Events > Seminar > A Wall in the Wild: Erasing the Borderlands 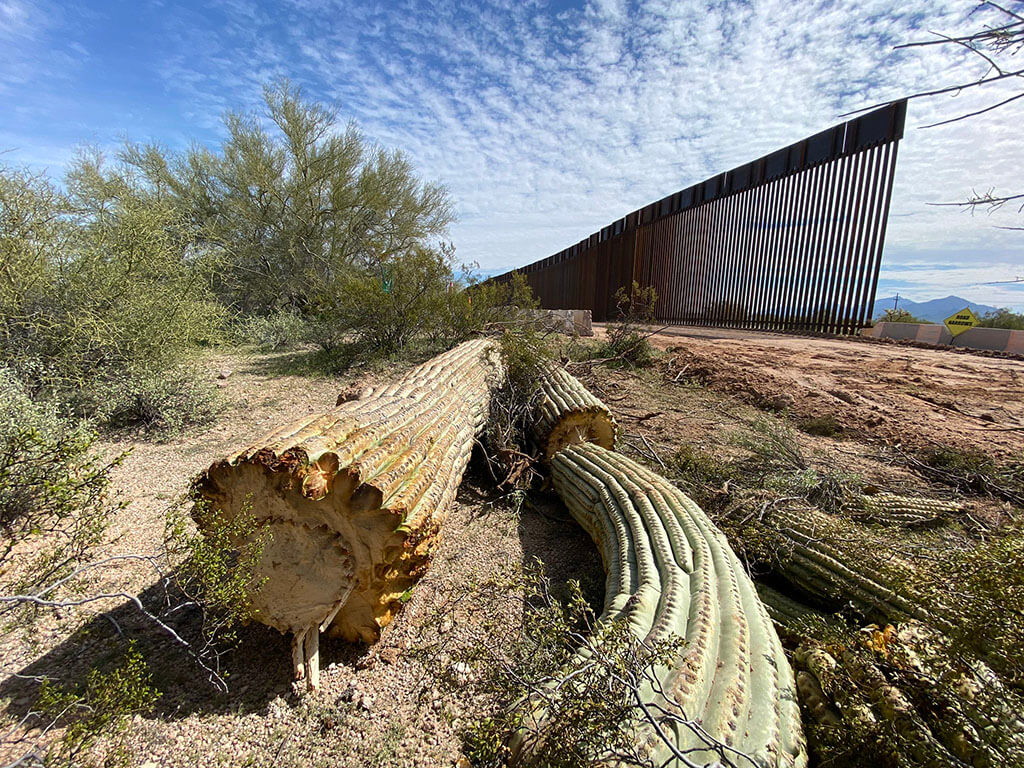 While we’ve been sheltering in place…

construction crews in the borderlands have been blasting away mountains, mowing down ancient cactuses, tearing through sacred sites, draining springs, and building walls that end wildlife migrations and hurt communities. Our nation’s leaders are obliterating the cultural and natural history of the border region.

Join us for a FREE 2-part online webinar to learn more about this issue and how to take action.

Join a panel of partners to discuss the history of wall, the current situation, and the devastating effects on the land, ecosystem, and people who reside in the region.

Join Broads staff to hone your advocacy skills, including:

Laiken Jordahl, Center for Biological Diversity (CBD)
As Borderlands Campaigner for CBD, Laiken works to protect wildlife, ecosystems and communities throughout the U.S.-Mexico borderlands and draw attention to the costs of border wall construction and border militarization. Before joining CBD, he worked with the National Park Service studying threats to wilderness character throughout the Rocky Mountain West, including Big Bend National Park and Organ Pipe National Monument. He’s also worked as a bike mechanic, a clam farmer, and a legislative fellow in the U.S. House of Representatives.

Dan Millis, Sierra Club
Dan has been working on border issues in his home state of Arizona since 2005. He is currently the coordinator of Sierra Club Borderlands, a program of Arizona’s Grand Canyon Chapter that seeks to protect and restore wild places along the border. For many years he has volunteered with humanitarian aid group No More Deaths, focusing on direct aid, media, and outreach.

Registration Update: This Zoom event is FULL – but because we’ve had such overwhelming interest, we’ll be streaming the discussion LIVE on our Facebook page, so anyone who wants to can tune in! Click HERE for our Facebook page.

Register for Event: A Wall in the Wild: Erasing the Borderlands