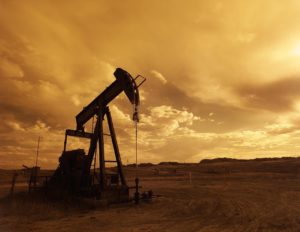 There is no room in the global carbon budget for new fossil fuel developments. The potential carbon emissions from the oil, gas, and coal in the world’s currently operating fields and mines would take us beyond 2°C of warming. The reserves in currently operating oil and gas fields alone, even with no coal, would take the world beyond 1.5°C. Staying below 1.5°C precludes any new fossil fuel leasing or development on public lands or oceans.

Thank you for your climate leadership and for undertaking a long-overdue climate review of the federal fossil fuel programs. I urge you to undertake a full and rigorous environmental impact study to end new federal fossil fuel leasing and implement an orderly, managed decline of production.

If done correctly, it will show what scientists have said: There’s no room for further fossil fuel development if we want a livable planet.

Pollution from the world’s already-producing oil and gas fields — if fully developed and without factoring in coal — would push warming well past 1.5 degrees Celsius. That means any new oil, gas or coal leasing on public lands and waters is incompatible with U.S. climate goals.

Phasing out the federal fossil fuel programs will benefit public health, especially that of low-income communities and communities of color who already experience disproportionate pollution and climate impacts. Cutting climate pollution and stopping the destruction of public land and ocean habitat for endangered species will prevent the worst of the climate and extinction crises.

I urge you to work with other federal agencies, Congress, tribes and state governments to ensure an orderly phaseout of federal fossil fuel production — one that ensures a just and equitable transition for states and communities that are economically dependent on and impacted by federal fossil fuel development.

Thank you for your consideration.