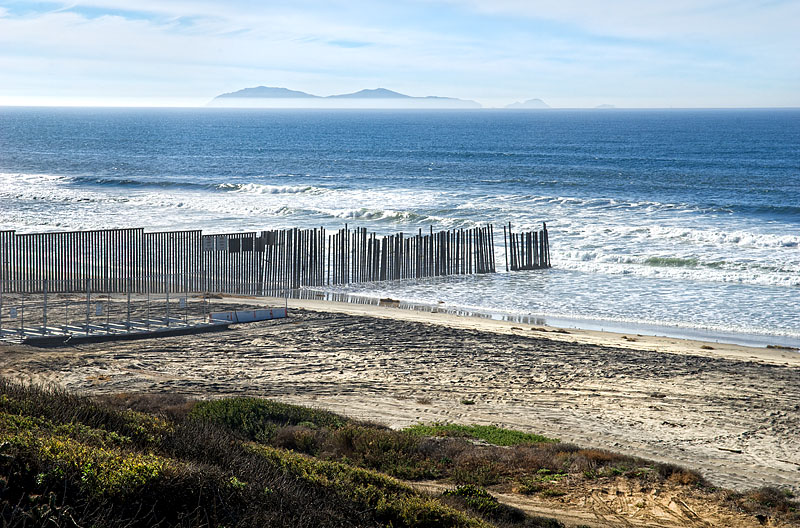 The International Dark-Skies Association (IDA) received a response from Customs and Border Protection (CBP) in September following their written request to keep border lighting off and remove lighting infrastructure. The CBP response letter stated that they will assess patrol stations individually for lighting needs, and provided a list of lighting standards that will be used. The CBP also said they will conduct an environmental review pursuant to NEPA in area where lighting was installed or is planned.

At Friendship Park in California, a pause on 30-foot-wall construction was issued in September, following a round of sign on letters and protests.  The next priority is to get the 30-foot-wall canceled. On August 5th, CBP Commissioner Chris Magnus put out a statement that they have heard the concerns of the public and will pause the primary and secondary border barrier. They will also provide two days a month of public access, which is a start but not enough access given the purpose of the park. The pause is what Friends of Friendship Park wanted, to encourage genuine consultation, but the next steps are still completely unknown. CBP is still considering placing 30 foot bollards in place of the lower, more see-through barriers. 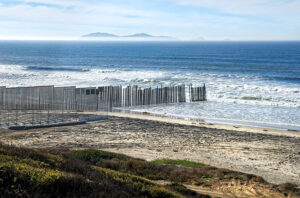 Did you know San Diego Border Patrol had already closed Friendship Park before the onset of the Covid-19 panic?  Watch and share these videos on your preferred platform to spread the word that the current proposal to build 30-foot walls at Friendship Park represents the culmination of a long process of “sunsetting” the park.

During a Customs and Border Protection webinar about mitigation efforts in September, CBP officials stated that wildlife corridors would include large, unclosed gaps in the wall (over 100 feet in width), and flood gates. Concerns include making sure the flood gates are open permanently, not just during monsoon season. A representative from Sierra Club is pursuing litigation for wildlife passages, by developing a map with evidence of where wildlife needs to cross. The need for lighting is still being evaluated, along with possible alternative technology.

There is a new staging area near Sasabe, AZ, as of September. Twenty-six gaps in the wall will be filled east of Sasabe. Wildlands Network is conducting wildlife monitoring in the area.

In Arizona, without authorization from the federal government, Gov. Doug Ducey issued an executive order on Aug. 12 that directed the Arizona Department of Emergency and Military Affairs to fill some gaps in the U.S. border wall in the Border Patrol’s Yuma Sector. The gaps, which Arizona began filling with shipping crates, are on land managed by the U.S. Bureau of Reclamation.

In July, AZ Broadband leaders filed a Freedom of Information Act (FOIA) to Customs and Border Protection asking for records of the public comments they received during their open comment period on mitigation activities near the border wall. Broadband leaders were concerned that mitigation efforts would not include wildlife corridors or concentrate on environmental repair, because the feedback from the comment period provided by CBP, only included the number of comments in each area of concern. It did not indicate whether the commentator was for or against wildlife corridors, for example. We are still waiting for a reply.

Some good news in Texas, Laredo wall segments have been cancelled! And there is talk of a Bi-national border park there.

In case you missed it, a not-so-new update about Mr. Goodbar, the wolf recently released into the wild. https://www.elpasotimes.com/story/news/2022/08/22/lone-wolf-no-more-mr-goodbar-traveling-with-female-near-gila-forest/65409743007/

Bi-national cooperation between Mexico and the United Sates. Mexican President Andres Manuel López Obrador agreed to $1.5 billion over the next two years to improve “smart” border technology during meetings with President Joe Biden — a move the White House says shows neighborly cooperation succeeding where Trump administration vows to wall off the border and have Mexico pay for it, could not.